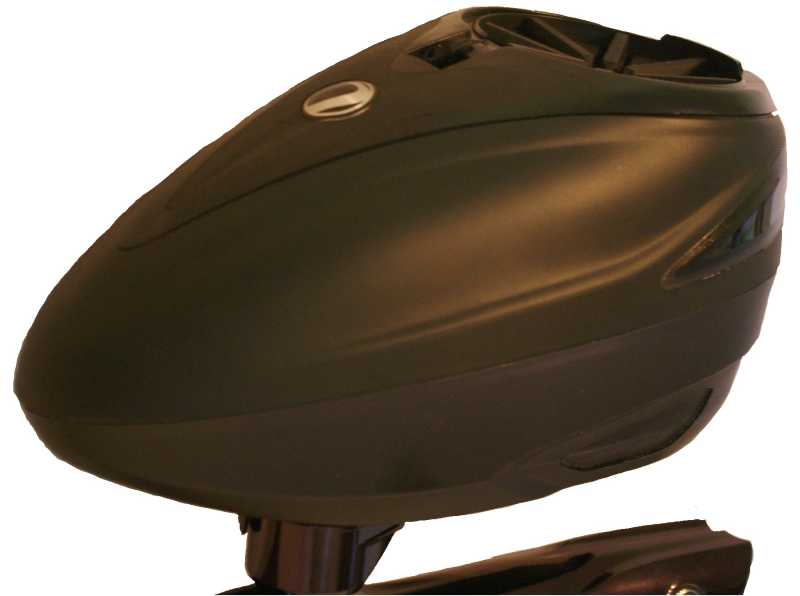 Also known as “hoppers”, a loader holds the paintballs so that they can properly go into the marker. There are four types of loaders: agitating, stick feed, gravity feed, and force-feed.

This type of battery-operated loader uses a propeller that spins and agitates the paintballs. It prevents jams in the feed neck so that paintballs are rapidly fed. These come in different types:

This type of loader can hold between 10 to 20 paintballs. Players have to tip the marker to reload. As these are generally slow, they shouldn’t be used with mechanical and electropneumatic markers. Rather, they work well in pump-action markers.

Gravity feed loaders are the cheapest and most basic type. They’re low in cost due to how they’re made; they’re simply a shell and lid. The large container has a feed tube at the bottom. Once attached to the top of the marker, it uses gravity to roll paintballs down in to the marker. These are prone to jamming, however, and they work best with mechanical markers.

Unlike agitating loaders, force-feed types use an impeller and force paintballs into the marker. This is done with a belt or a spring-loaded system and many can feed 50 paintballs per second. Electropneumatic markers require this type of loader since it’s the only kind capable of keeping up with its fast rate of fire.