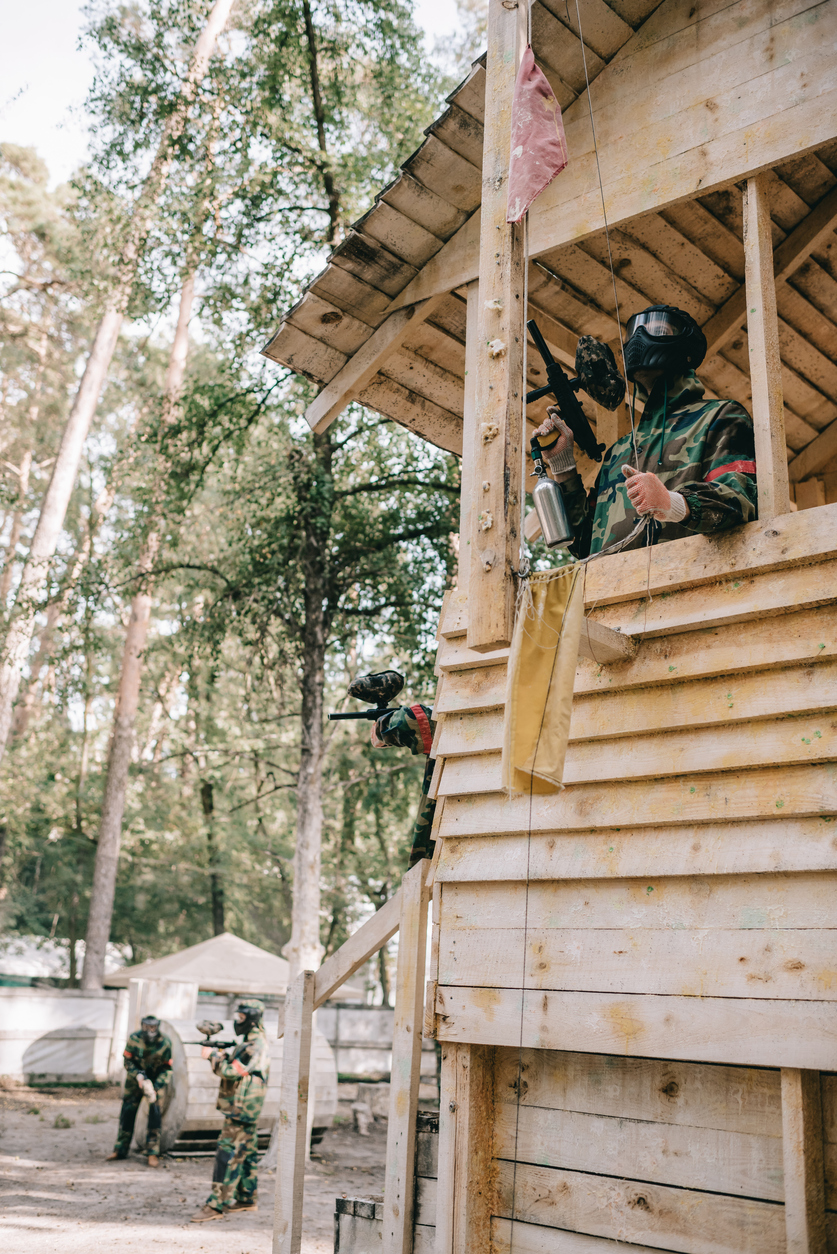 In this type of paintball gameplay, players take part in some kind of scenario or story. The theme for it varies widely. Some are historical reenactments such as the famous Oklahoma D-DAY that sees thousands of players converge to participate every year. Other scenarios take the more fictional approach and instead focus on themes from video games, movies, etc.

In order for scenario paintball games to properly take place, there must be a producer or director of sorts to coordinate and pre-plan everything. Much of this is because scenarios can take place for hours, over the cours e of an entire 24-hour span, or even a couple of days. Matches are either skirmishes or one continuous battle.

It is because of how long a scenario match can get that many players carry around items to stay hydrated such as water bladders. Some companies that host these events often design rest areas around, building up tents and the likes to combat any serious injuries.

The number of players on each team depends on the scenario at hand. Some events feature “non-player characters”, which are individuals that participate in the story without fighting or being on anyone’s team. These situations, in addition to props and vehicles, are intended to further bring the scenario to life.