Thepaintballzone.co.uk / Gameplay / Paintball History and Why the Sport Is Popular Today

Paintball History and Why the Sport Is Popular Today 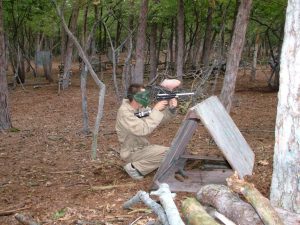 The idea of shooting a paintball (paint projectile) from a marker (gun) was conceived by Charles Nelson, one of the founders of Nelson Paint Company, in 1960s. Paintball is a relatively young sport. As a matter of fact, it was not until recently (1981) that the first ever paintball game was played. The match was played by three people: Hayes Noel, Robert Gurnsey, and Charles Gaines. The three players would later title paintball as a survival game and gather other nine men to reach 12 players. In the same year, these 12 players played a “Capture the Flag” in New Hampshire Woods, on a 100-acre piece of land.

Following the 12-man match, a corporation, the National Survival Game, Inc., was founded. The sport would later gain popularity, thanks to this corporation. By 1989, approximately 75,000 people in the United States were participating in the sport, during weekends. With the existence of paintball apps, the sport is even more accessible and popular today. What is amazing about these paintball apps is that they run smoothly on a variety of operating systems. If you have ever used apps like livi mobile app, then you probably understand what it means by an app running smoothly. From the United States, paintball spread to other parts of the world, including Europe, Canada, and Australia.

The paint used to manufacture the pellets for the sport is water-soluble, meaning that players’ clothes can easily be cleaned, should they come into conduct with the paint. The paint is also non-toxic in nature; no harm if a player happens to accidentally ingest the paint during a match. 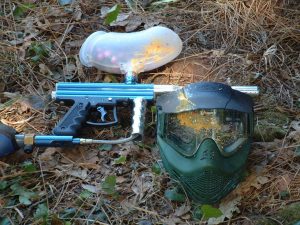 At first, Charles Nelson requested the Crosman company to produce markers that would be used to shoot paintballs. The company produced Crosman 707, but the product did not sell well. Crosman would halt the production of the marker gun due to poor sales. This prompted Charles Nelson to request an air gun manufacturer by the name Daisy, to develop a paintball pistol marker. Since Charles did not own the copyright of the Crosman 707, he was unable to pass over the design to the new manufacturer. In 1972, Daisy developed the Daisy Splotchmarker, which would later become famously known as the Nel-Spot 007.

Why Paintball Is Still Popular 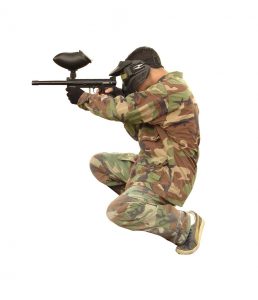 No one can dare say that the love for paintball has waned with time. The amount of supplies and gear that is purchased every year is quite telling that the sport is well still popular, across the world. Having started as a fun pastime, paintball seems not to be going anywhere anytime soon.

As the sport’s popularity increases, more and more people gain interest in it. The equipment is getting better, and the rules of the game are gradually being fine-tuned, as with any other sport. Additionally, professional paintball tends to become more organised by day, and paintball leagues are becoming more competitive, attracting more fans and players alike. Indeed, paintball is an amazing sport with a long history.