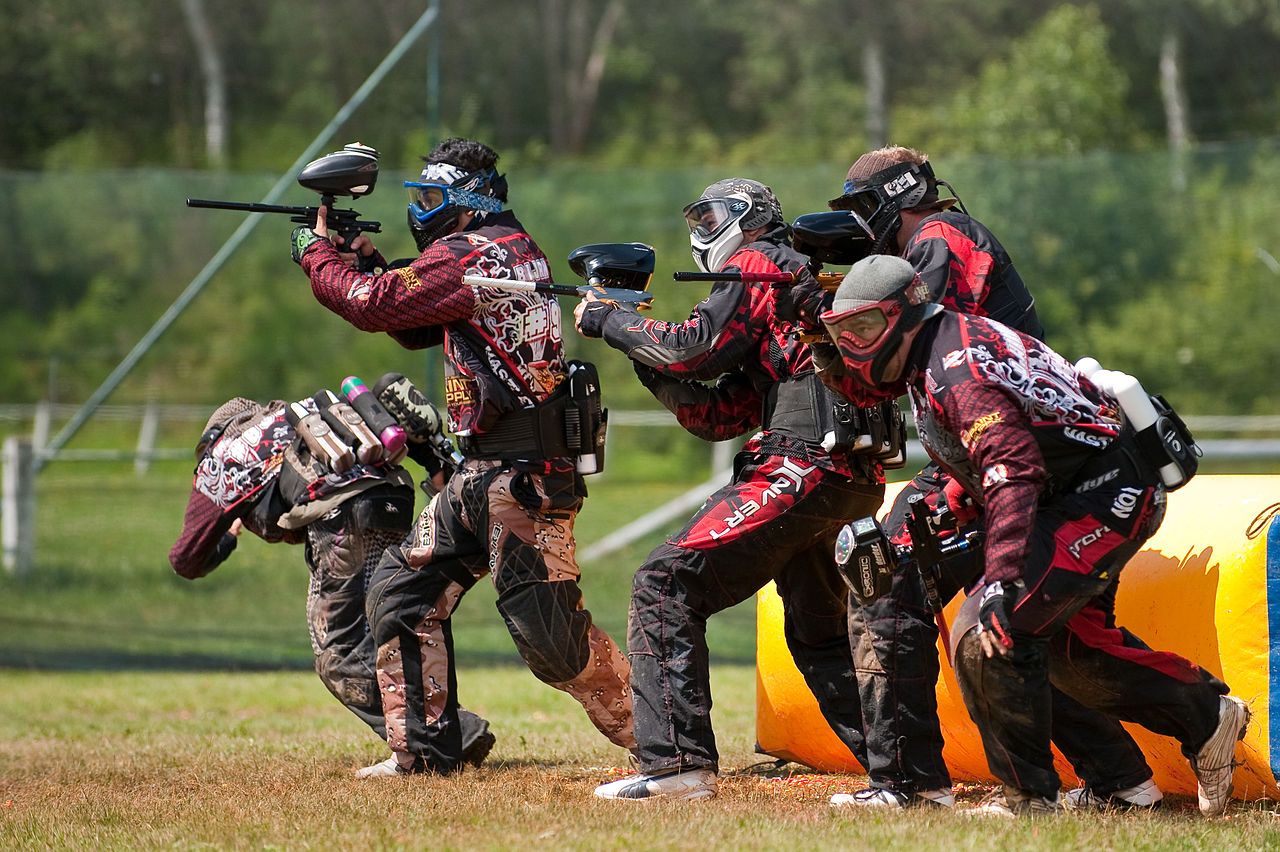 There is no one set pair of shoes that all paintball players wear because the terrain varies. For those participating in Woodsball, the terrain tends to be uneven since it is outdoors. Depending on the weather, it can also be muddy and slippery. Because of that, players may wear something with proper support as well as good grip to have proper traction.

Military-style or hiking boots works well in this situation. Alongside that, these types of footwear can also benefit those participating in longer matches such as reenactments that require proper sup

port on multiple terrains for extended periods of time.

There then comes the case of other gameplay situations such as Speedball that require a greater deal of speed. In this case, trail running shoes are an excellent choice as they grip the terrain well while still weighing less than boots so that players move as fast as they can.

Above all though, consider comfort and safety when selecting footwear. Look for shoes with good padding, ankle support, and some water-resistant for those playing outdoors. There is little worse than being uncomfortable standing and running during a match no matter how long or short it may be.